Engineers in the art of precision 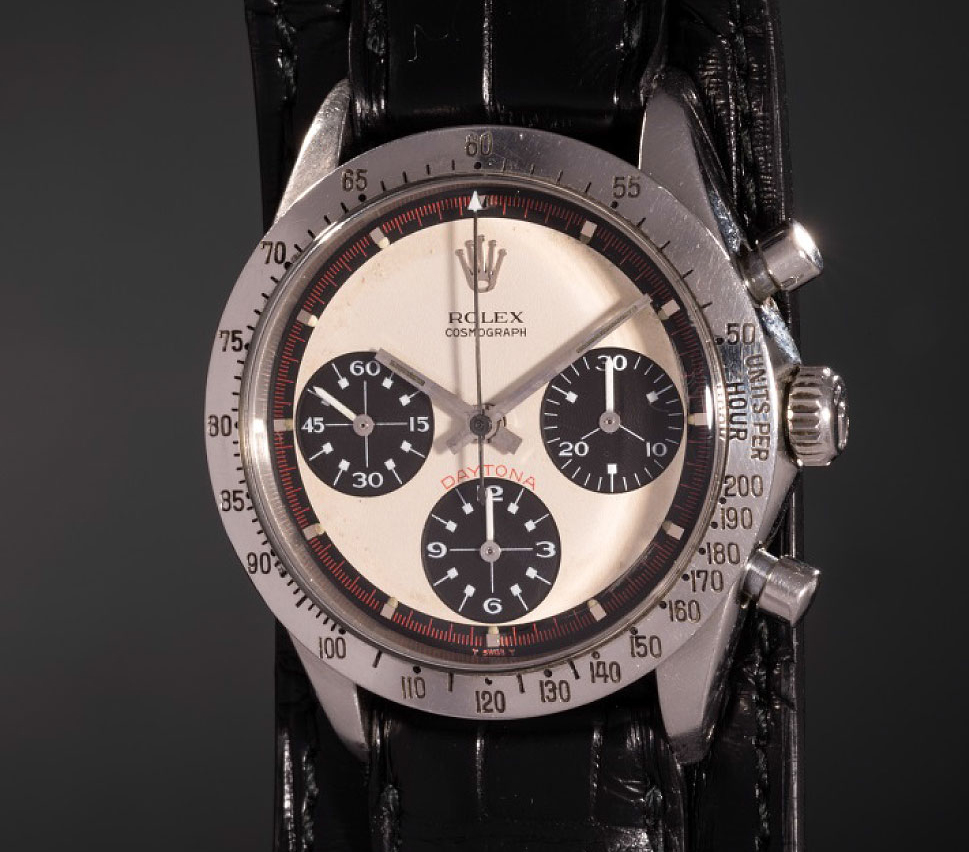 I can only say that, in my opinion, the holy grail of vintage watches recently sold at auction at Philips in New York – for a jaw-dropping $18 million. This watch was first worn by Paul Newman in the movie ‘Winning’; thereafter, it became known as ‘the Paul Newman Daytona’. This watch went missing for several years – and then recently surfaced accompanied by all the correct paperwork.

The watch which went for auction belonged to James Cox, who dated Paul’s daughter, Nell Potts. In 1984, James was at Newman’s home and simply asked what the time was, since he didn’t have a watch of his own. Generously, Paul Newman gave James Cox his own watch, and James wore it for several years until he discovered the true value of these watches – especially one associated with the great Paul Newman.

"I had bought a 1970s Pepsi GMT at auction and it needed some work. The lume on the hands was breaking up. Rolex UK wanted some hilarious price and threatened to replace the hands with new ones if their work failed - all at my expense of course. Steven Hale and co managed to repair the hands and maintain the original patina of the 40 plus year old watch which was of course crucial! Highly recommended."

"My great grand-father's Breguet was given to me by my father for my 21st birthday. 30 years later, post restoration by SHWR, it is in far better shape than I have ever seen it. SHWR's craftsmanship is immaculate. The firm is polite, professional and honest. Outstanding - I cannot recall another occasion when I have been so favourably impressed."

"I have just had my 1934 Rolex Oyster repaired. From start to finish I had full confidence in every one I had contact with at Steven Hale. They have been very efficient in identifying the problems at the initial examination and dealing with them as promised. There were no nasty surprises and unexpected complications along the way. Because of the age of my watch, spares are not available, and new parts have had to be made - all very expertly done. They even polished the gold case and my 86yr old watch now looks as good as new. You can certainly trust these people with your precious timepieces."

"Fantastic job repairing a family heirloom pocket watch which will now return home to Namibia.
The service was superb with detailed repair and service quote. Communication throughout was equally great leaving you with the confidence that you watch is in the best possible hands."

"These are watch lovers and it shows. Their meticulous craftsmanship and expertise make them unique in London and I suspect that only in Switzerland may their equivalents be found. The experience of Steven Hale Watch Restoration begins with the talented and charming individuals who are client facing in South Molton Street and who instil a confidence that is consequently fully fulfilled. This firm represents unequalled talent in its field as well as exceptional client service. I have seldom recommended anyone with greater conviction."